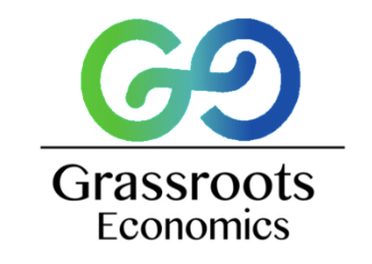 Through community currencies people have a way to exchange goods and services and incubate new businesses, without relying on scarce national currency and volatile markets. Community Inclusion Currencies (CICs), A Grassroots Economics project, propose reinventing cash transfer programs to act as a catalyst for communities to develop and trade their own medium of exchange (CICs) backed by their own productive capacities. Current pilots in Kenya have shown that CICs enable vulnerable communities to have a long term multiplier.

We propose reinventing cash transfer programs to act as a catalyst for communities to develop and trade their own medium of exchange (CICs) backed by their own productive capacities. Current pilots in Kenya have shown that CICs enable vulnerable communities to have a long term multiplier - more than 21 times - effect on cash transfer fund impacts.

"The Sarafu pilot CICs have had a significant multiplier effect on their initial seed funds. In a two month period alone, with just 152,129 Kenyan shillings (1.5k USD) in donor “seed” funds as reserve, there was the equivalent of 420,000 CICs eVouchers created and 3.2 million in Kenyan shillings (32k USD) of CICs in local trade - 21 times the size of the seed, with no loss to Kenyan Shilling trade. This multiplier effect on local trade only increases with expansion and time, since many program costs are flat and become more efficient with scale. Grassroots Economics was awarded the Blockchain Impact Award by NewsWeek and Business Week in recognition for this innovation. At scale these types of currencies could fill both the 2.5 Trillion dollar Credit Gap (World Bank) while also filling the missing funds needed for SDGs. "

"Traditional aid development programs have failed to address the fundamental problems plaguing the economic infrastructure of marginalized communities. The bulk of the aid flows out of the community too quickly to provide lasting impact, while key community members and resources remain largely underutilized. Finally, there is simply not enough aid to go around; The UN estimates 2 trillion US dollars are needed to meet the Sustainable Development Goals (SDGs) and World Bank Credit Gap. The ability to leverage existing aid into effective credit and attract private sector actors are key missing components to fill these gaps."

"We are using the POA and xDAI blockchain to create Community Currencies as well as a bonding curve that connects CCs to underlying reserves and eachother. The blockchain gives us Transparency (i.e. blocks) Scalability (i.e. digital vs hard asset) Conditionality (i.e. parametrics and anticipatory funding) Liquidity (i.e. increase token supply) Traceability (i.e. end-to-end tracking) Fungibility (i.e. multiple CICs can been exchanged/traded) Security (The end of the cash box) Diversification of funding pools (i.e. DAI, Cash, etc). I can't imagine how this work would be possible without blockchain.

We have an amazing team on the ground that makes Community Currencies into training modules and are backstopped by our Visionary Lead Will Ruddick and we are working closely with Nick Williams on tech from sempo.ai as well as Adam Bornstien from Danish Red Cross

Community Inclusion Currencies (CICs) introduces a replicable mechanism for communities to eradicate poverty by creating connected, inclusive, and sustainable local economies through the use of community currencies and open source blockchain technology.

"Studies on CTP [https://ssir.org/articles/entry/givedirectly_not_so_fast] have concluded that they have high potential but have yet to find sustainability and proper exit strategies. However, there is untapped potential in cash transfer if it is viewed as seed funding for the creation of a local medium of exchange. Vulnerable communities don’t lack demand, or labour, or ideas. They lack a medium of exchange to deploy their underutilized resources and an ability to generate financial capital themselves. This is the core of our proposal for Community Inclusion Currencies: to provide a replicable economic, technical and social mechanism that enables communities to increase local trade by leveraging capital from cash transfer programming and private sector funds.

"Our pilots in Kenya have been funded by DOEN.nl over the last 2 years and we are seeking support to scale these efforts. In Kenya, Grassroots Economics in coordination with Red Cross has developed a pilot of CICs called the Sarafu Network. Participants receive eVouchers that they can trade via their feature phones with no internet required. These eVouchers are worth 400 Kenyan shillings (softly pegged) when used to purchase local goods and services, and have variable amounts when trading out to national currency. The difference between CICs local exchange value compared to their national currency exchange value creates an opportunity for balance between CICs and for using national currency to purchase CICs - refilling their reserve. Importantly, the pilot suggests that CICs can sustain the impact of CTPs. The Kenya Red Cross started supporting cash-for-work programs six years ago in Kwale, Kenya, which is chronically food insecure. Unfortunately, when the program ended two years ago, so did much of the communal work - except in those areas using CICs to fill the cash gap left. In those areas, community leaders had heard about CICs and seized the opportunity to start their own community currencies. Because of this, over the last six months CICs in the Sarafu Network have been adopted by over 5,000 small businesses and schools among communities (growing at over 1,000 users a month), reaching over 20,000 people in aggregate, and enabled over 65,000 transactions for basic needs to date. Each transaction is recorded anonymously on the blockchain, revolutionizing the humanitarian sector’s transparency, accountability, and ability to measure progress on SDGs (see Appendix F). "

"We've created a USSD interface that roughly 6000 people living below the poverty line are using to access their own tokens and accounts on the POA blockchain. What's next entails an open source platform to make it easy to scale and grow as well as implementation with aid organizations. This includes research and modeling as well as trade data impact analysis visualizations. We are currently moving over the the xDAI blockchain to easier on and off boarding of community currency reserves."

Your submission has been received. We will contact you shortly.
Oops! Something went wrong while submitting the form.
HomeTeamPartners & SponsorsLegal
EventsBlog
2021 Awards2020 Awards2019 Awards2018 Awards2017 AwardsApply
Join UsDonateFundraising

design by  Click.Blue